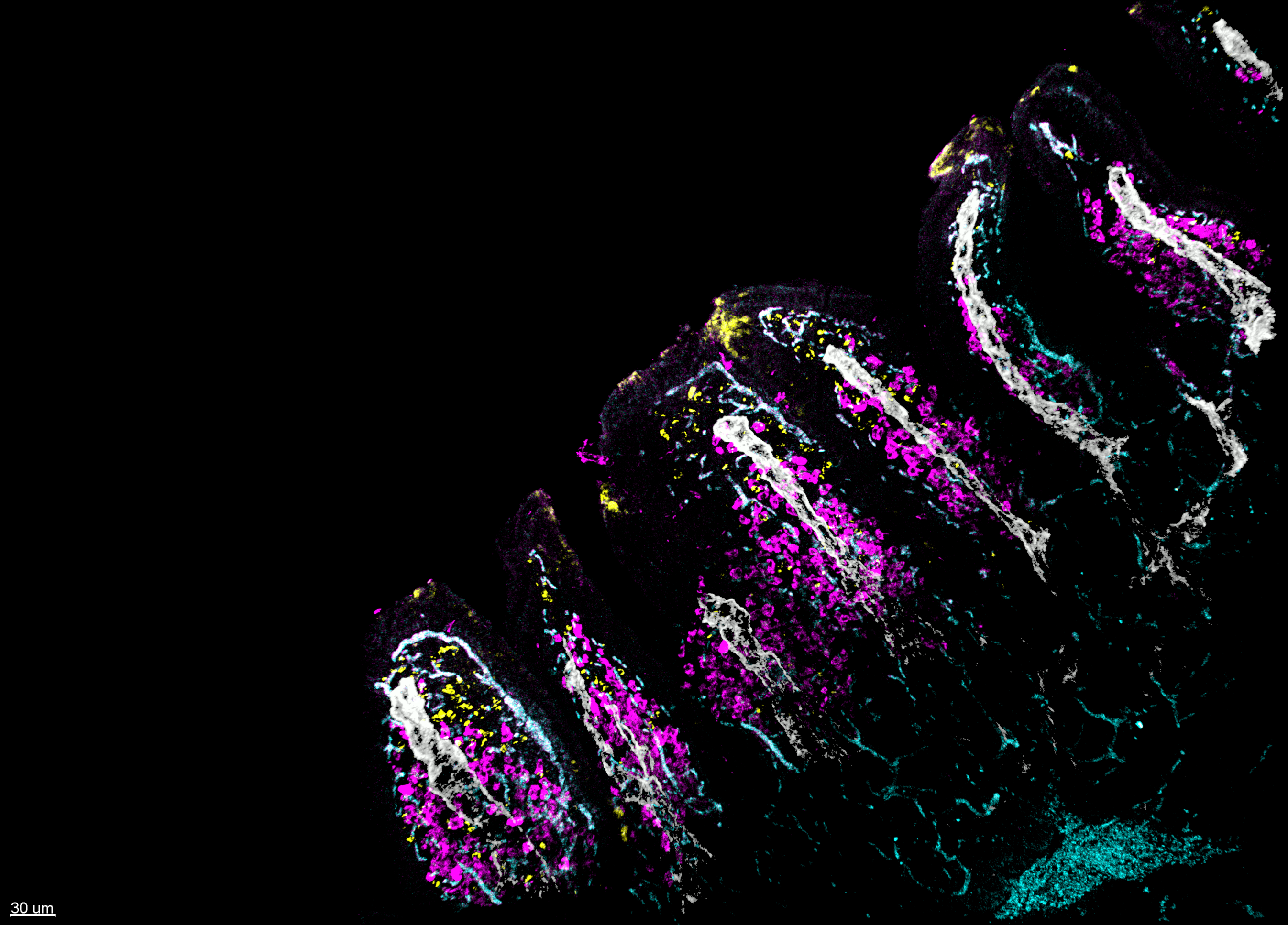 B cells and Plasma Cells

as modulators of different immune niches

B cells, as part of the adaptive immune response, play a major role in maintaining immune homeostasis. Correct B cell activation leads to proliferation and differentiation into antibody-secreting plasma cells. Aberrant B cell activation and antibody production has been implicated in the development of autoimmune diseases, as seen in Wiskott-Aldrich Syndrome (WAS). WAS is an immunodeficiency associated with an increased susceptibility to infections and a heightened risk of autoimmune manifestations. WAS patients eventually develop inflammatory bowel disease (IBD) accompanied by systemic autoimmunity, such as IgA nephropathy. Cause of disease are genetic mutations leading to defective expression of the actin-regulators WAS protein (WASP) or the WASP interacting protein (WIP). We use a mouse model of WAS to study the interplay of B cells with other immune cells and the microenvironment during inflammation and autoimmunity.

Current projects in the Keppler lab include:

(1) the role of the actin cytoskeleton in regulating B cell metabolism during TLR-mediated B cell responses;

(2) the influence of aberrant B cell activation and plasma cell formation on immune cell crosstalk in metabolic niches such as the lamina propria of the gut, or the mesenteric adipose tissue

(3) the plasticity and function of gut-derived plasma cells in different immune niches during homeostasis and inflammation.

To achieve this, we combine state-of-the-art single-cell analysis (flow and mass cytometry, single-cell RNA sequencing and microscopy), as well as genetic tools to investigate the role of B cells as potential drivers of inflammation during homeostatic and inflammatory conditions. We furthermore established collaborations with physicists and microscopists to develop new approaches in order to achieve a more systemic analysis of autoimmune disorders.

More information on the different projects to follow soon!